Note: if you have difficulty locating any of my books, contact me at dwaysman@gmail.com and I’ll try to help you locate them.

Autumn can be a desolate season. For Dorothy, after losing her husband, the autumn of her life stretches before her lonely and uncertain. But a change, a new hobby, and new friends prove this new season to be bountiful with blessings.

When Mazal and Ezra ben-Yichya embarked in 1882 on their long journey from Sana’a to the Holy Land, their young hearts were filled with dreams of the glory they were sure awaited them in Jerusalem. But those dreams were quickly dispelled by the reality they encountered: dark, towering walls of stone and a community of pious but impoverished Jews with customs foreign to them. How would the ben-Yichyas find their place in this new world peopled by European Torah scholars, and who would buy the exquisite jewelry they fashioned? This stirring saga spans four generations of a family of Yemenite goldsmiths at the vortex of history in the Land of Israel. Their tragedies and triumphs, their sorrows and joys, and most of all, the heroine’s profound love for the Holy City, create a vivid and lasting image of an ancient land rising from two millennia of slumber to an era of splendor.

Buy The Pomegranate Pendant on Amazon

When Ezra ben-Yichya crafted the exquisite pomegranate pendant for his bride, Mazal, in 1881, he must have known that it would become the tradition to link his family from one generation to the next. In Seeds of The Pomegranate, Bracha, the great granddaughter of Mazal and Ezra, passes on their Yemenite heritage to her modern Israeli family. Seeds of The Pomegranate, a sequel to the highly-acclaimed book, The Pomegranate Pendant, spans sixteen historic years in the Land of Israel from 1966-1982.

Buy Seeds Of The Pomegranate on Amazon

This novel holds within its pages an unusual love story that spans three decades and three continents. When Max first meets Esther, she is a young Australian girl filled with passion for life and boundless enthusiasm. His love for her continues through all the changes that take place in her life – her move from London, where they meet, to Jerusalem where she explores the Judaism that until then was just on the fringe of her life; the literary prize she wins that brings her back into his orbit; her commitment to Israel that breaks their relationship; and then finally, a coincidental meeting in the middle of a war in Lebanon. Max never stops loving Esther, even as she matures from a naive girl to a woman of depth and wisdom. Love takes many forms, and readers will experience all the complexities of emotion as they discover the ties that bind a man to a woman. 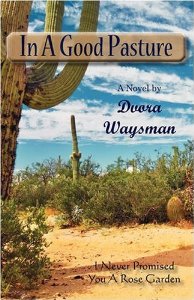 A Captivating Story Of Aliya! Packed in their baggage, together with their possessions, are the dreams, hopes and fears for the future for seven new immigrants, “Olim”, trying to come to terms with their Judaism, and what it means to be Israeli. Against the Biblical landscape of Galilee, sit and learn with these English-speaking students in their “Ulpan” at the Absorption Center in Israel’s Nazareth Illit, during their 5-month crash-course to learn Hebrew, their new language. Dvora Waysman, prize-winning author of “The Pomegranate Pendant”, will once again touch your heart with her novel, “In A Good Pasture.”

Buy In A Good Pasture on Amazon

“My Long Journey Home” is not the story of an ordinary kind of journey that just involves catching an airplane or a boat. This journey begins with a little girl named Dorothy Opas who lives in Melbourne, Australia. “My Long Journey Home” chronicles the changes in Dorothy, who in the beginning, is a rather unhappy little Jewish girl living in a Christian society. More than a travelogue, it is also a journey of the spirit. When she arrives in Jerusalem, Dorothy becomes a different person. She becomes Dvora – a woman who has a place among her own people in her own land.

As Jerusalem remembers over 3,000 years of Jewish history, Waysman’s poems beautifully echo the sounds and feelings of this magical city.

Adorned with photographs and sketches of ancient artifacts. Anyone, man or woman, who has been touched by the unique flavor of Jerusalem, will be delighted to receive this memorable anthology.

Buy Woman of Jerusalem on Amazon 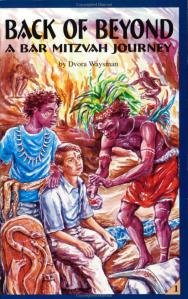 An exciting spiritual adventure. When 12-year-old Danny sees a contest to win a trip to Australia, he works hard to develop the winning entry. Unfortunately, the vacation comes just before his Bar Mitzvah and at a time when his parents cannot go along. Accompanied by a chaperon and his older sister Rebecca, he sets off on his dream trip. When Muri, an Aborigine boy who works in the hotel where they are staying, asks him to go for a walk, Danny finds himself on a walkabout in the “back of beyond,” immersed in an alien culture. While Rebecca and their chaperon work desperately to get him back, Danny has become part of Muri’s ritual of manhood. Lost and dependent on his new friend who would like to make him his brother, Danny passes through a crisis of the soul that defines his awareness of himself as a Jew. With his sister’s help and his own judicious explanation to the Aborigines of how his culture and ritual forbids him to participate in their worship, though he is their friend, Danny is released. Safe at home he realizes that he has gained knowledge of another culture, but more importantly of his own. While written for a Jewish audience, this story should have wider appeal. The characters in this Orthodox family and the sibling friction will be familiar to readers of any religious background. The book also gives insight to the Bar Mitzvah for those who are unfamiliar with Jewish ritual.

Buy Back of Beyond: A Bar Mitzvah Journey on Amazon

2 thoughts on “My Books”